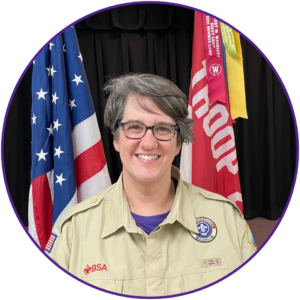 Scoutmaster Pam Buffington is new to the role of Scoutmaster, but has been a committee member and camping coordinator in Scouts BSA for years. She has also been a Girl Scout Leader for many years. She’s excited to provide a safe and inclusive space to lead youth in becoming confident, strong, independent leaders. She graduated from Georgia Tech too long ago with a degree in Computer Science, and has worked at Georgia Tech ever since. She lives with her husband, daughters, cats and dogs. Her craziest pet in the past was a peacock rescued from a small town zoo in Dodge City KS. 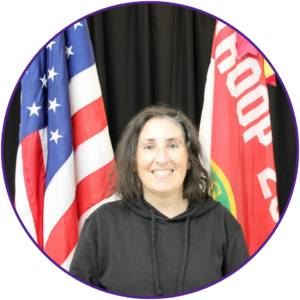 Hey there! I’m the founding committee chair for Troop 2319G. I’ve been involved in scouting since 2018, as soon as it was possible for the kids to join Cub Scouts as a Bear and a Webelo. A proud member of Pack 815 leadership, I served in various scouting positions including den leader, committee member, health officer, and treasurer. I grew up a little bit of everywhere (with a military parent) and love cooking and personal finance. 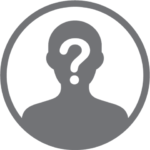 Tony Vila is proud to be an Assistant Scoutmaster for Troop 2319.  In the past, he has been a Scoutmaster, Cubmaster, and Girl Scout Leader. He is Wood Badge trained and has guided several Scouts to their Eagle ranks. He is a multiple-year President’s Volunteer Service Award recipient through his work with Scouting.  He’s excited to get the opportunity to start a new troop and teach young Scouts of all stripes to tie knots, shoot straight, and be kind, involved citizens. 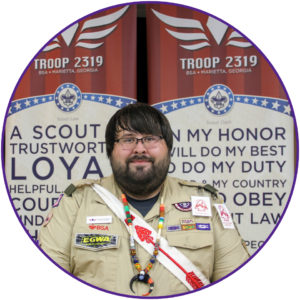 Andrew Budzinski, at 28 years old is one of the younger ASMs in Troop 2319G. He started his scouting journey as a Tiger Cub in Cub Scouts and continued through Boy Scouts earning the rank of eagle in January 2018. Since becoming an ASM in Troop2319B on his 18th Birthday, Andrew has picked up a few more roles.

He has stepped up as the Chapter Advisor for the Order of the Arrow, Kennesaw Chapter, Media & Publications Adviser for the Egwa Tawa Dee Lodge, Crew Adviser for Venture Crew 2319, Committee Member for Pack 710, and last but not lease Webmaster & Social Media Chair for all of the above groups.